Rye grass (Lolium perenne) in native to north Africa, Europe and western Asia. This perennial ryegrass is grown as a pasture grass and is also deliberately planted in recreation areas in the temperate regions of Australia. It often becomes naturalised in agricultural areas, along roadsides and near habitation, but also invades a wide variety of natural habitats. 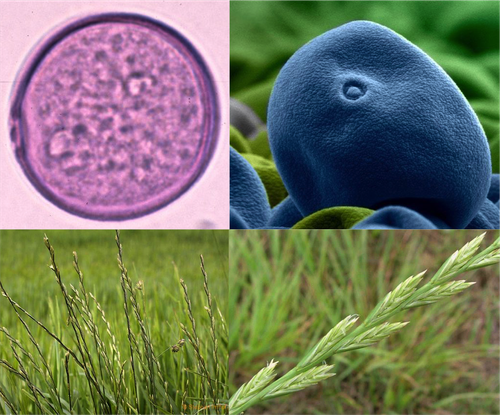 Many introduced pasture grasses are the worst offenders whe it comes to triggers for hay fever. There are hundreds of types of grasses. Types that often trigger allergies include: Bermuda grass, Aleppo grass, Rye grass, Meadow grass, Sweet vernal grass, and Cock's-foot grass. The southern temperate grasses tend to produce pollen from October through to December. There is a second season of grass pollen production in January and February dominated by the warm temperate grass species. Examples of the distributions of these different grass species are illustrated below. 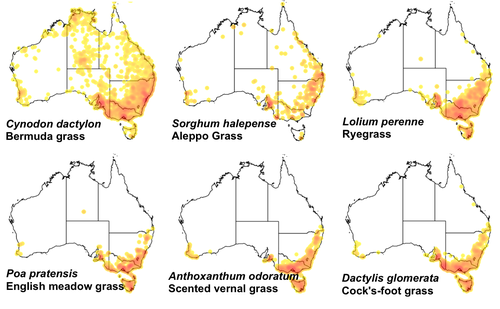