The Olive tree is a dense-crowned tree introduced into Australia for horticulture in the mid 19th century. In recent decades, some varieties have become aggressive woody weeds and can be found growing outside the confines of managed olive groves. The flowers are wind-pollinated and are generally producing pollen from August to October. 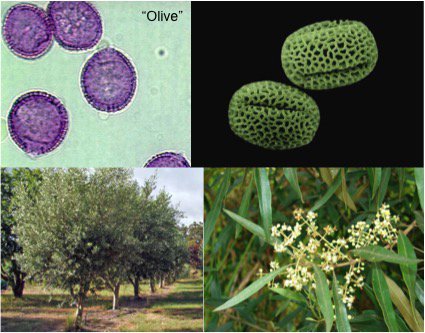 Olive trees belong to the same family as the Ash tree (Oleaceae) and it has been shown that people who are allergic to Olive trees also show an allergic response to Ash pollen (cross-reactivity). 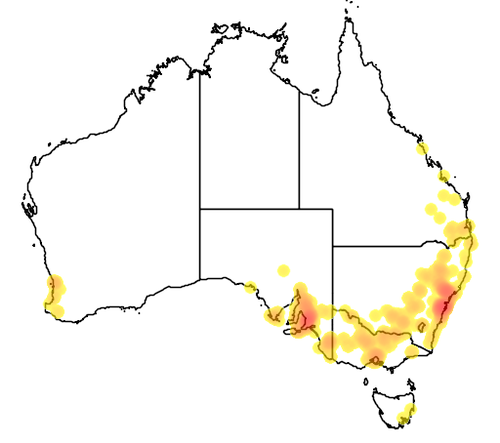