Densely branched tree or shrub with male and female cones. There are over 20 species of the introduced Cypress (Cupressus sp.) planted in and around Canberra. The native Cypress pine (Callitris sp.) is also found in gardens and in fire protected areas such as the Molongolo Gorge. They are wind-pollinated and produce copious amounts of pollen during July to December. 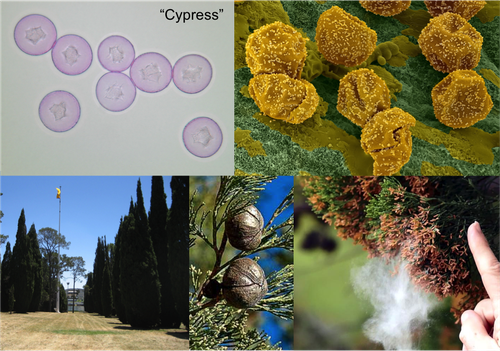 White Cypress (Murray) Pine (Callitris glaucophylla) is one of the few Australian trees that produces highly allergenic pollen. Its growth extends from the western slopes and plains of Eastern Australia, but it can be found planted in and around Canberra.

The pollen from introduced Cupressus sp. has been widely reported to cause winter conjunctivitis, rhinitis, and asthma in various parts of the world and is becoming a major health problem in some northern hemisphere Mediterranean countries. 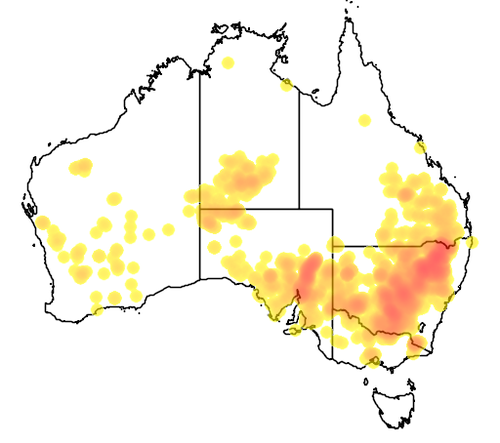 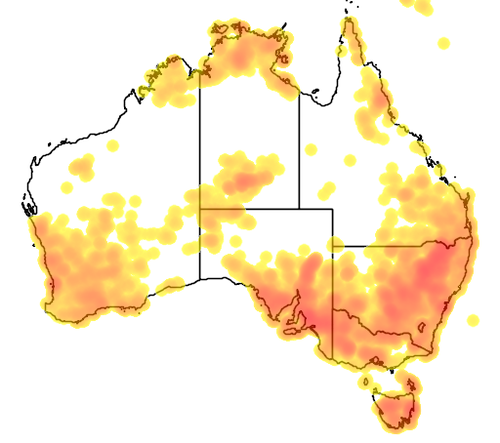