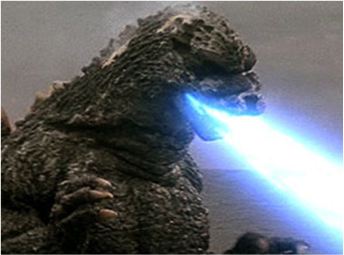 The levels of grass pollen in Canberra's atmosphere have been building over the last 3 weeks and they are now at record levels compared to previous years (2007-2009 and 2014). The cummulative grass pollen concentration has been steadily increasing and is now at least 2x above what was recorded last year. It is also only a week before the anniversary of the record day for emergency admissions for chronic asthma at Canberra Hospital on the 27th October 2014. This day coincided with high grass pollen counts, a thunderstorm and a weekend (a Sunday when many people were outside). This combination of circumstances led to a record number of people presenting to th emergency department in one day all with serious asthma-related symptoms.

This years grass pollen count is trending towards much greater levels than previous recorded and, based on our previous records, we are rapidly approaching the point when there will be an accelerated production of grass pollen in the ACT and surround regions. The graph below depicts these changes in accumulation of grass pollen over previous pollen seasons. Its clearly shows that by late October and through November we should expect an acceleration in grass pollen production, due to widespread flowering and pollen production of key allergic rhinitis-related grasses like Rye Grass.

The data suggests that we should be preparing for a significant rise in grass pollen over the next few days and if this rise coincides with thunderstorms, strong north-westerly winds and a weekend, then those who suffer from hay fever should prepare for "Godzilla-like" Hay Fever conditions. People who suffer from asthma-related conditions should take precautions, such as stay inside and avoid exposure to extreme levels of grass pollen. 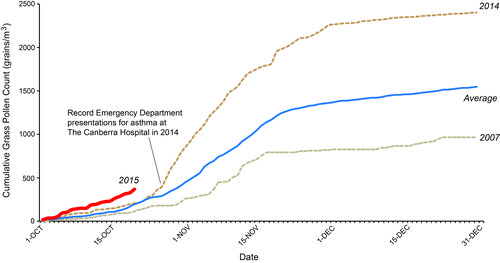